Most people are familiar with what a criminal trial should look like. While the television version of a trial is misleading it provides people with some suggestion of what a criminal trial might look like. Television does not often show the criminal appeal that follows the trial. In my experience one of the most important things I do when I first meet with a potential client is to help them understand what the criminal appellate process is like.

Generally criminal defendants have three or four procedural opportunities to reverse their conviction. These four opportunities—in order of when they appear in the criminal case are:

1.     Motion for New Trial — Filed within thirty days of the sentence being announced in open court;

3.     State Writ — Sometimes called the 11.07 writ. Filed after an unsuccessful or partially successful direct appeal (State Convictions Only); and,

Texas Appeals (state conviction): cases can be followed by one of two ways:

1.     Any recent case can be found using the name of the party or the case number at the following link:

2.     A better way to follow a case is to use “Casemail.” Through “Casemail” anyone can receive an email update at any time when there is a procedural development in the case. This requires setting up a free account but that is easy to do, and everyone is eligible to do so. The link to request an account for “Casemail” is: https://casemail.txcourts.gov/MemberCreate.aspx

Generally a direct appeal should follow this procedural route:

1.     Sentence Announced in Open Court (generally there are not appeals when a defendant has been acquitted because the State does not have the same right to appeal as a defendant does);

2.     Motion for New Trial: This should be filed within 30 days of the sentence being announced in open court;

3.     Notice of Appeal: This should be filed within 30 days of sentencing being announced in open court (longer if there was a motion for new trial filed). But in Federal Court this must be filed within 14 days. These deadlines are important, but the appellate court can grant leave for more time if that is needed and is appropriate.

4.     Request the Production of the Record: The record is every word that was spoken during trial and every document that was filed in the case. This should be done at the same time as the filing of the notice of appeal;

5.     Record is Filed: The deadline to file the record is complicated and often extended. But it generally takes a month or two to produce;

6.     Appellant’s Brief: When the latter of either the clerk’s record or the reporter’s record is filed, then the Appellant (usually the criminal defendant) has thirty days to file a brief. This can be extended for an additional thirty days;

7.     Appellee’s Brief: Due thirty days after the Appellant’s brief is filed. This too can be extended for thirty days as needed;

8.     Appellant’s Reply Brief: Optional brief that gives the Appellant the “last word.” This can be a powerful tool for an Appellant, but it can also be a detriment to the Appellant’s case. The attorney will decide whether the case should have a reply brief filed;

11.  Post-Opinion the procedure can go in a variety of ways but these including going to the higher court (Court of Criminal Appeals in Texas and the United States Supreme Court in Federal Cases). But it can also involve motions for rehearing. Motions for rehearing are often skipped but can be a powerful tool for a client.

Back to appellate services 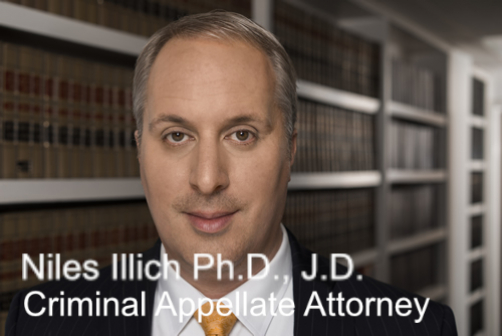 Why Choose Me ~ I Learned From The Best

I learned from the best. When I graduated law school, I did not know how to be an effective appellate advocate. But in my first job after law school I clerked for one of the most accomplished appellate judges in Texas. I look back on this like it was appellate “boot camp” and advanced legal writing all combined into one demanding year.  This was not an easy year for me, but I learned more in that year about appellate writing than I did in the prior three years of law school.