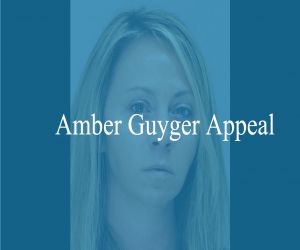 Should Amber Guyger File An  Appeal?

Amber Guyger filed a notice of appeal a week ago. Since Guyger’s attorneys filed this notice I have been asked whether the decision to do so was a good idea. The consensus appears to be that because she got ten years on a murder charge that she should be happy and not risk a greater sentence on appeal.  I understand this logic but I disagree with the conclusion.

Guyger’s case is a good example of why a defendant should talk with an attorney about an appeal. Guyger likely has a host of issues that could be presented for appeal, but some of these issues pose a greater risk to her than others.

Guyger could also challenge the sufficiency of the evidence to reject her defense. Guyger relied on a the defense of “mistake of fact.”  Guyger could challenge the evidence used to reject her defense with little risk to herself. The most likely outcome of such an appeal–if she was successful–would be a reversal of the verdict and rendering judgment of acquittal by the appellate court.

Not every case is the Amber Guyger case. But the Guyger case provides a useful reminder that perhaps the most important decision in an appeal is what issues to raise.

Contact me for a consultation to discuss your case in person or over the phone.